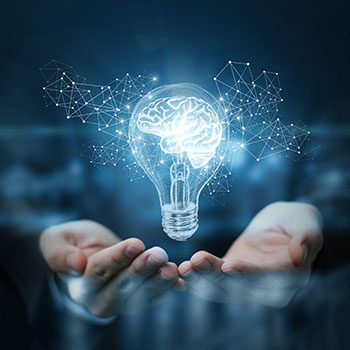 Montreal, September 23, 2019 – The chairman of the Board of Directors, Richard Fajzel, and Diane Gosselin, President and CEO of CQDM, are very pleased to announce the appointment of four new members overseeing CQDM’s governance. Daniel Hétu, Managing Director of Lumira Ventures, Sarah Jenna, co-founder and CEO of My Intelligent Machines (MIMs), and Frédéric Ors, CEO of IMV will be joining the Board of Directors. Also, Brian Underdown, former Managing Director of Lumira Venture, will be sitting on the Scientific Advisory Board.

As Managing Director of Lumira Ventures, Daniel Hétu has extensive expertise in biopharmaceutical investments and the medical devices field. Before joining Lumira Ventures, he was Vice President at Shire Pharmaceuticals and Biochem Pharma where he led several financing, licensing and M&A transactions in the therapeutics, vaccine and diagnostics sectors.  As Chairman of CQDM’s Scientific Advisory Board, his addition to the Board of Directors will strengthen the relationship between these two entities.

Co-founder and CEO of My Intelligent Machines (MIMs), an SME in the field of artificial intelligence, Sarah Jenna has more than 20 years of experience in cell biology and drug development. Her dual expertise in cell signalling and genomics earned her an appointment to UQAM’s Canada Research Chair in Integrative Genomics and Cell Signaling in 2006. CQDM will greatly benefit from her knowledge and experience with SMEs.

Frédéric Ors has a track record in the biopharmaceutical industry spanning 20 years. A visionary and accomplished businessman, he was instrumental in the success of Medicago, including its acquisition by Mitsubishi Pharma in 2013. As CEO of IMV since 2016, he has led the transformation of IMV into a leading clinical-stage immune-oncology company targeting multiple indications. His strategic insight and skills will be an invaluable asset to CQDM.

Finally, Brian Underdown worked largely in the academic sector where he held various senior positions in national and international organizations promoting industry-university collaboration. He has also served on several biopharmaceutical company committees and was Managing Director for many years at Lumira Ventures. His experience in university research and biotechnology commercialization brings valuable expertise to CQDM.

“These new members will expand the breadth of expertise within CQDM’s governance, bringing a deeper knowledge of investments and artificial intelligence,” said Richard Fajzel, Chairman of the Board of CQDM.

“The experience and vision of these new members are both extremely valuable and complementary to that of the current members of CQDM’s Board of Directors and Scientific Advisory Committee. We are very fortunate to welcome them among us,” said Diane Gosselin, President and CEO of CQDM.

CQDM is a biopharma-based research consortium created in 2008 with the mission to fund the development of innovative technologies to accelerate the drug discovery and development. Its business model is based on a collaborative approach bringing together world-leading pharmaceutical organizations, Canadian biotech companies as well as the Canadian and Quebec governments who share the costs of the research. CQDM uses this leverage to reduce the risks inherent to early-stage biopharmaceutical research. In doing so, CQDM bridges the funding gap needed to drive innovation across the academic and private sectors, especially where early-stage research is concerned. Over the last 10 years, CQDM has benefited from the contribution of 13 industrial members: that includes Merck, Pfizer, AstraZeneca as founding members as well as Boehringer Ingelheim, Eli Lilly Canada, GlaxoSmithKline, Janssen, Novartis Pharma Canada, Roche, Sanofi Canada, Servier, Takeda and now Amgen. CQDM also received contributions from Quebec’s Ministry of Economy and Innovation (MEI) and from the Government of Canada under the Business-Led Networks of Centres of Excellence Program (BL-NCE). Since 2008, CQDM has supported the development of 64 outstanding innovative technologies totaling $92M in funding. These R&D projects, carried out by more than 1,200 scientists from 83 different research institutions (40 public and 43 private) across Canada, have generated numerous economic benefits for all the stakeholders of the life science ecosystem. For more information: http://www.cqdm.org/en.