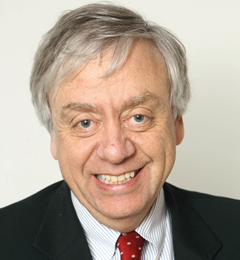 Montreal, April 15th, 2015 – The Chairman of the Board, Dr. Léon Gosselin, and the President and CEO of CQDM, Dr. Diane Gosselin, are pleased to announce the appointment of Dr. Michel Goldman, former Executive Director at the Innovative Medicines Initiative (IMI), as member of CQDM’s Board of Directors.

Michel Goldman led the IMI from 2009 to 2014 and was highly successful with this major European initiative created in 2008 to accelerate the discovery of safer and more effective drugs. Indeed, under his leadership and with a budget of € 2 billion jointly provided by the European Federation of Pharmaceutical Industries and Associations and the European Commission, the IMI has created nearly sixty public-private consortia to meet pressing needs in areas of great importance as antimicrobial resistance, Alzheimer’s disease, autism, diabetes, immuno-inflammatory diseases, chronic lung diseases and drug safety.

Professor of Immunology at the Université Libre de Bruxelles (ULB) in Belgium, Michel Goldman has also served as Head of the Department of Immunology-Hematology-Transfusion at the Hôpital Erasme in Brussels and as Director of the ULB Institute for Medical Immunology. Building on his expertise, he is currently building interdisciplinary research and education programs on collaborative innovation in medicine.

Michel Goldman’s scientific achievements resulted in more than 400 articles in peer-reviewed journals. In 2006, he was also recognized by the Thomson Institute for Scientific Information (ISI) as one of the most cited scientists. Many times awarded, Michel Goldman received, in 2000, the significant Joseph Maisin award for clinical sciences delivered by the Fonds National de la Recherche Scientifique of Belgium. In 2001, he held the Spinoza Chair at the University of Amsterdam in the Netherlands and, in 2007, he was awarded the degree of Doctor Honoris Causa of the Université Lille II in France.

“It is with great enthusiasm that we welcome Michel Goldman on our Board of Directors. Michel’s vast experience in pre-competitive research and on open innovation issues, as well as his extensive international network will certainly enrich our discussions and greatly contribute to the development of CQDM”, said Diane Gosselin, President and CEO of CQDM.

CQDM is a pharma-based consortium active in pre-competitive research whose mission is to fund the development of innovative tools and technologies to accelerate drug discovery. Unique in the world, CQDM’s business model is based on a collaborative approach where all stakeholders share the costs of biopharmaceutical research and benefit from its results. CQDM also provides a common meeting ground where academia, governments, and the pharmaceutical and biotechnology industries converge to address numerous complex medical challenges. CQDM receives financial support from Merck, Pfizer Canada, AstraZeneca, Boehringer Ingelheim, GlaxoSmithKline, Eli Lilly Canada, Janssen, Novartis Pharma Canada, Sanofi Canada, as well as from Quebec’s Ministry of Economy, Innovation and Exports (MEIE) and from the Government of Canada under the Business-Led Networks of Centres of Excellence Program (BL-NCE).For more information, visit us at www.cqdm.org.