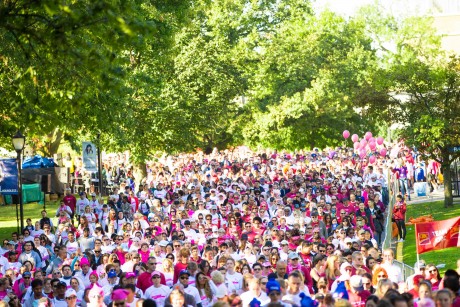 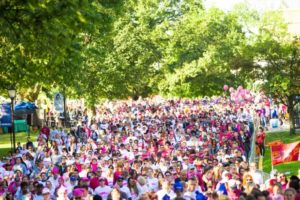 Created in partnership with CQDM, a research consortium whose mission is to fund the development of biopharmaceutical technologies and drugs, this unique fund will be used to support the best and brightest scientists in the province of Quebec whose research shows the most promise in the fight against breast cancer. CCS will invest $2 million from proceeds from its annual CIBC Run for the Cure event, and CQDM will match that amount. It is expected that other partners will provide up to an additional $1 million to co-fund the projects.

“We are so pleased to have CQDM as a partner. This funding will accelerate the development of innovative cancer drugs and enhance the survival of Quebec women who have to go through the ordeal of breast cancer,” says Suzanne Dubois, Executive Director of CCS – Quebec. “Research remains the key to saving lives and enhancing the quality of life of women with breast cancer, a disease that will directly affect 1 in 8 women in her lifetime.”

A grant competition will be launched in July that will permit to select and finance the top breast cancer research teams in the province of Quebec over the next three years.

“This CCS and CQDM partnership will advance cutting-edge research on breast cancer in Quebec,” says Diane Gosselin, CQDM’s President and Chief Executive Officer. “Funds provided by CQDM will come from the SynergiQc program aiming to develop transformative biopharmaceutical products and tools such as new medicines and next generation technologies that will pave the way to new breast cancer treatments.”

About the Canadian Cancer Society in Quebec
CCS is a leader in breast cancer research. In the past five years, in Quebec alone, nearly $5 million have been invested by CCS in relevant and innovative research projects that have led to progress in breast cancer prevention, earlier detection, diagnosis, treatment and care. With its 38 offices and service centres across the province, CCS helps and supports more than two million people in Quebec each year, mostly Quebecers living with breast cancer. Thanks to the support of 300,000 donors and 30,000 volunteers in Quebec, it is able to:

About CQDM
CQDM’s business model is based on a collaborative approach where all stakeholders share the costs of biopharmaceutical research and benefit from its results. With its SynergiQc program, CQDM is diversifying its financing activities to answer the needs of a larger number of companies participating in projects. CQDM also provides a common meeting ground where academia, governments, and the pharmaceutical and biotechnology industries converge to address numerous complex medical challenges. Industrial members of CQDM include Merck, Pfizer, AstraZeneca, Boehringer Ingelheim, GlaxoSmithKline, Eli Lilly Canada, Janssen, Novartis Pharma Canada, Sanofi Canada, Servier, Roche and Takeda. CQDM can also count on contributions from the Quebec’s Ministry of Economy, Science and Innovation (MESI) and from the Government of Canada under the Business-Led Networks of Centres of Excellence Program (BL-NCE). For more information: https://cqdm.org/en.